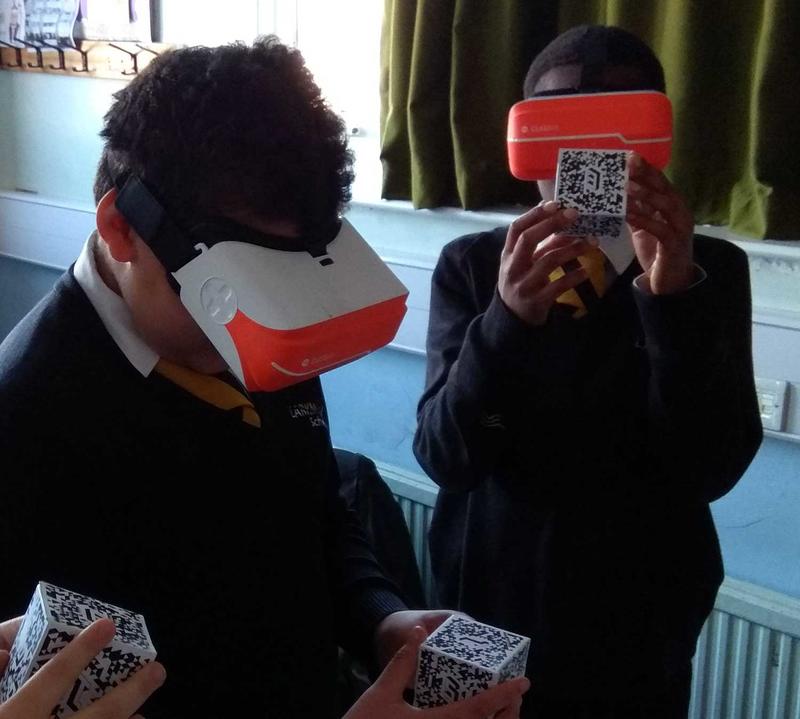 Learning technologists from the University of Oxford worked with Sam McKavanagh, teacher at Larkmead School, to test Virtual Reality in the classroom. In this article, Sam reflects on the experience and the positive learning outcomes for his pupils.

We were fortunate enough to have a team from the University of Oxford visit Larkmead School to help us bring History to life. The class arrived excited, some apprehensive – a few of them had seen or tried Virtual Reality (VR) and Augmented Reality (AR) before – but it had all happened outside the confines of the classroom.

The class were split into groups – having to complete some research about WW1 and WW2. They then took it in turns to use the ClassVR headsets. These were there to enhance the learning experience. Students were able to experience WW1 trenches with me, as the teacher, explaining and being able to track on the computer screen what they were looking at. This brought a sense of reality to what they had been learning - it also stimulated questions, even from pupils who are normally reluctant to share ideas in class.

We then explored the AR potential that the headsets offer, first (using a cardboard cube) pupils were able to see, 'hold' and rotate a WW2 Panzer tank. We had recently looked at this in class, but this 'hands-on' approach made the idea and topic much more tangible - the same was true of the Italian fighter plane. Again, we were able to discuss how these were used to fight and gave rise to a host of questions.

We finished by looking at Birkenau Concentration Camp and the Berlin Holocaust Memorial. This was an important and poignant finishing point and tied in closely to the projects that they have been working on this lesson, thinking about how events like the holocaust are remembered.

It was important throughout to remember that the VR and AR content was a vehicle to help deliver information and ideas to the students - it wasn't a replacement for the teaching and learning that was taking place. Pupils were being talked through what they were experiencing and their projects required them to reflect upon what they had learnt from the experiences.

It was clear that the pupils enjoyed what they were doing, but more important was that their projects showed that they had learned from it and were able to reflect upon what they had learned from the VR and AR experiences. A few weeks have passed since this, the pupils are still talking about it – not just that they got a special lesson using this exciting technology, but about what they learned. It created a unique learning experience which I am certain that they are not going to forget.